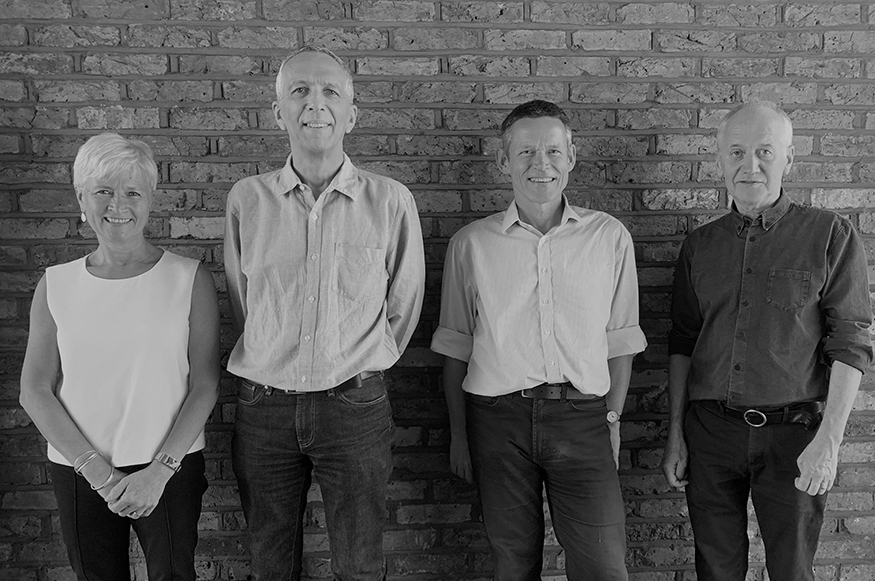 Mary Plowman, Peter Short, Colin Sears and Simon Agate, four of the founding partners of Project 5 Architecture, have successfully worked together over many years. We remain dedicated to providing our clients with professional, sensitive, appropriate and sustainable designs and to working closely with them to create architecture that is of lasting quality and which will provide a positive contribution to the built environment.

Peter Short trained at the Birmingham School of Architecture. From 1977 he worked at Hunt Thompson Associates on a wide range of rehabilitation, conversion and new-build projects for both Housing Associations and Local Authorities; in 1981 he became an associate of the practice. A few years later in January 1986 he and Mary Plowman formed Plowman Short Architects, which evolved into Agate Short Architects in 1994.

Colin Sears trained at Liverpool University and the University of Texas at Austin. He has worked mainly in London but also in USA and Canada. Colin joined Plowman Short Architects as a project architect in 1992 after three years with Anthony Richardson and Partners. He has wide experience of public housing and special needs projects as well as working on education projects and private houses.

Simon Agate trained at Cambridge University Department of Architecture, and before joining Plowman Short Architects in 1988 he worked at Fitzroy Robinson & Partners and later at Hunt Thompson Associates. He is a member of the Society for the Protection of Ancient Buildings. His experience includes office work, both large scale new-build and refurbishment, conversions & new-build housing for Housing Associations, and extensive expertise in one-off commissions for individual clients. He became a partner at Agate Short Architects (formerly Plowman Short Architects) in 1994. In August 2018 Simon retired from the Practice although he continues to work for us as a consultant.